This site doesn't support Internet Explorer. Please use a modern browser like Chrome, Firefox or Edge.

1. The sim engine isn't always introducing/refreshing/updating ships that you should see along your flight. Changing the weather or time slightly may bring some of these back into view as it seems to refresh the AI engine ground/sea traffic. We are investigating this with Asobo.

2. A small number of users are reporting problems with installation. We recommend testing with a flight from Gibraltar LXGB which (with ship settings at 100%) should produce a lot of traffic passing through the Strait. A reinstall into the 'Simulator' rather than 'Library' may be necessary if this is not the case.

We highly recommend the free LittleNavMap (www.littlenavmap.org) for finding ships that are beyond visual range initially. *

Alternatively you can go to Developer Mode -> Options -> Sim Objects -> BOAT -> Names within the sim (although we recommend LittleNavMap for added immersion).

*We are not affiliated with LittleNavMap or its developers. 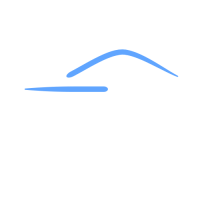